In a two-day workshop, which took place in Vienna on 7–8 July 2022, the SONIME* project team met with members of their international advisory board for an intensive scientific exchange. A short history of the voice letter as cultural heritage using the example of audio letters from the Phonogrammarchiv and the Österreichische Mediathek was followed by discussions of the project’s research questions. As Eva Hallama pointed out, the notion of memory objects highlights the materiality of letters and the process of substituting what is missing. Following on from this, she presented a psychoanalytic perspective on the voice as the earliest “sound object” that gives even the fetus experiences of absence and loss and a sense of the “Other”. Katrin Abromeit used the example of grooves magnified by the microscope to illustrate, among other things, how much the cut image of sound recordings on record could differ from one another and what this tells us about the producers. And she illustrated the complexity of the restoration work by showing different patterns of degradation in direct-cut records. In several close listening sessions audio letters in different languages from 1907 to 1971 that have survived in both archives from cylinders and direct-cut records, audio tapes and compact cassettes were listened to. The collective listening enabled multi-perspective observations that made media-historical, cultural and technical facets of the recordings visible. Aspects such as privacy/publicity, censorship, self-censorship and encodings, the contextualization of the recording situation, but also non-content aspects of voice, such as speaking modes or pauses were addressed. The character of migration in comparison to other forms of mobility became apparent, as did the challenge of collecting media from decentralized and marginalized groups. The project team wants to thank Nadia al-Bagdadi, Federica Bressan, Gerhild Perl, Thomas Levin, Dirk Rupnow, and Stephan Puille for their constructive contributions!

Collaboration with the Phono-Post archive of Thomas Levin at Princeton University, who provided the project with some voice mail blanks for material analysis: https://www.phono-post.org/

* SONIME: Sonic Memories, Audio Letters in Times of Migration and Mobility is one of the nine projects funded within ÖAW Heritage Science Austria programme 2020/2021. 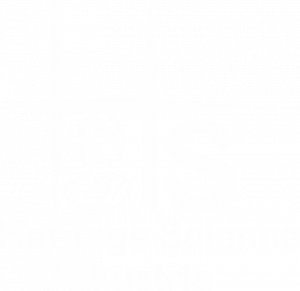